It was Thursday night. We had a crew of 3 gals, an SUV, and a mission to check out Lassen Volcanic Park in Northern California. 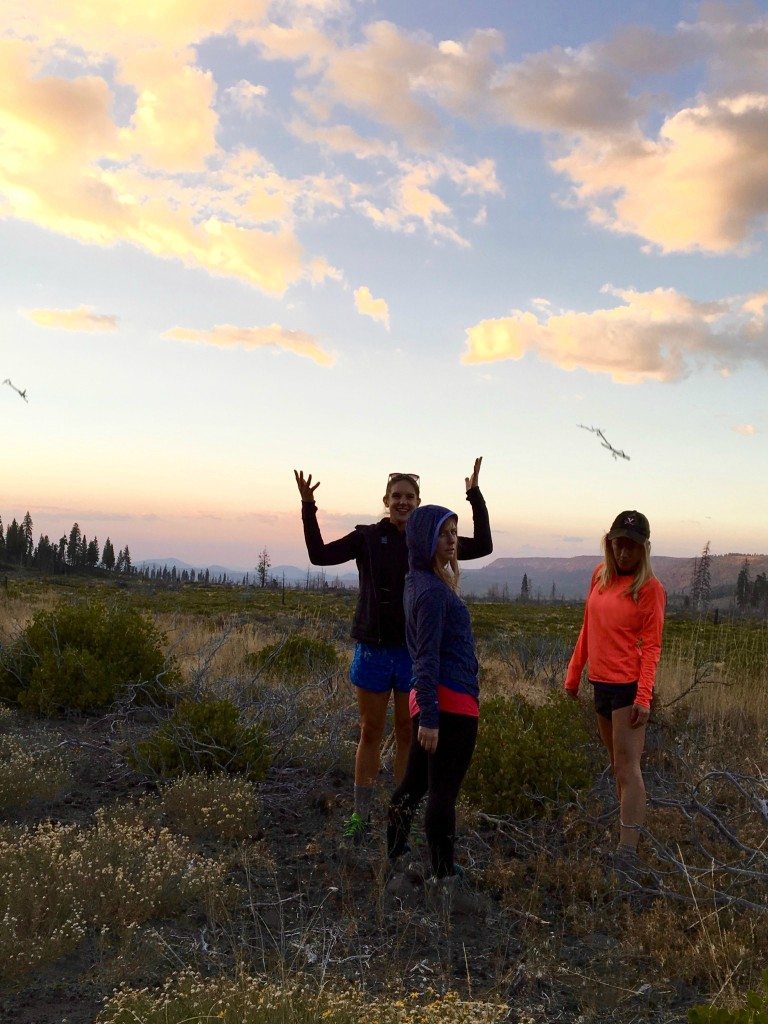 We dipped out of the Bay Area right after work and made the 4+ hour drive into the mountains. Arriving around 11pm, we opted to camp out at Manzanita Lake for the night. Man did we sleep well in our tents. 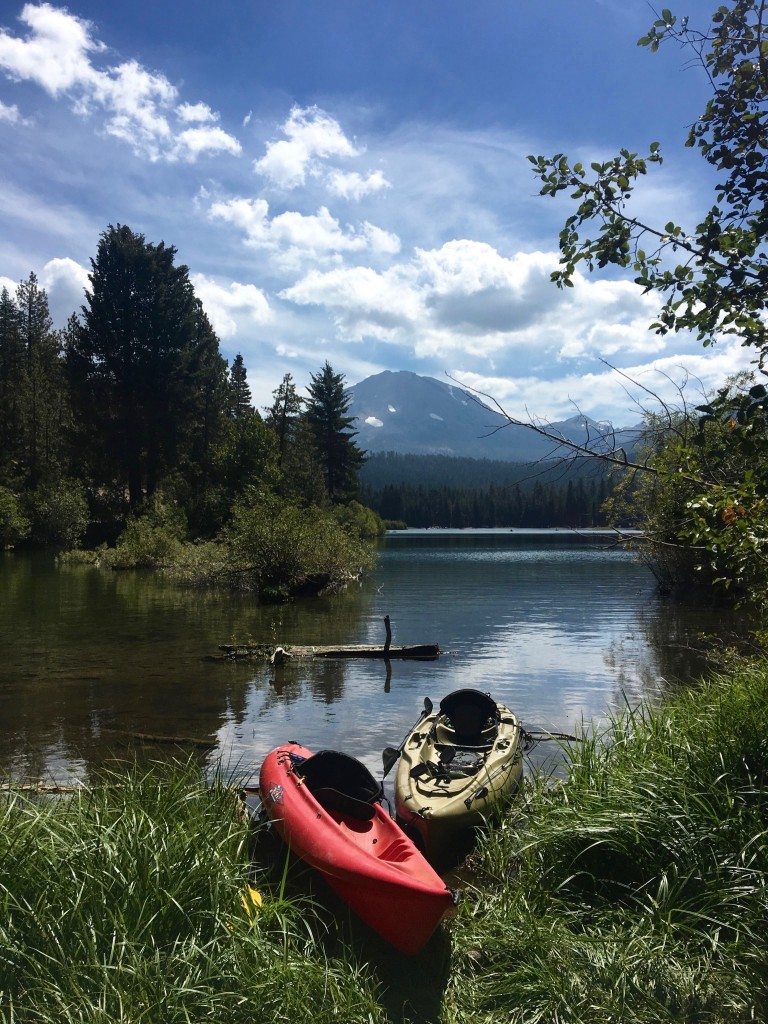 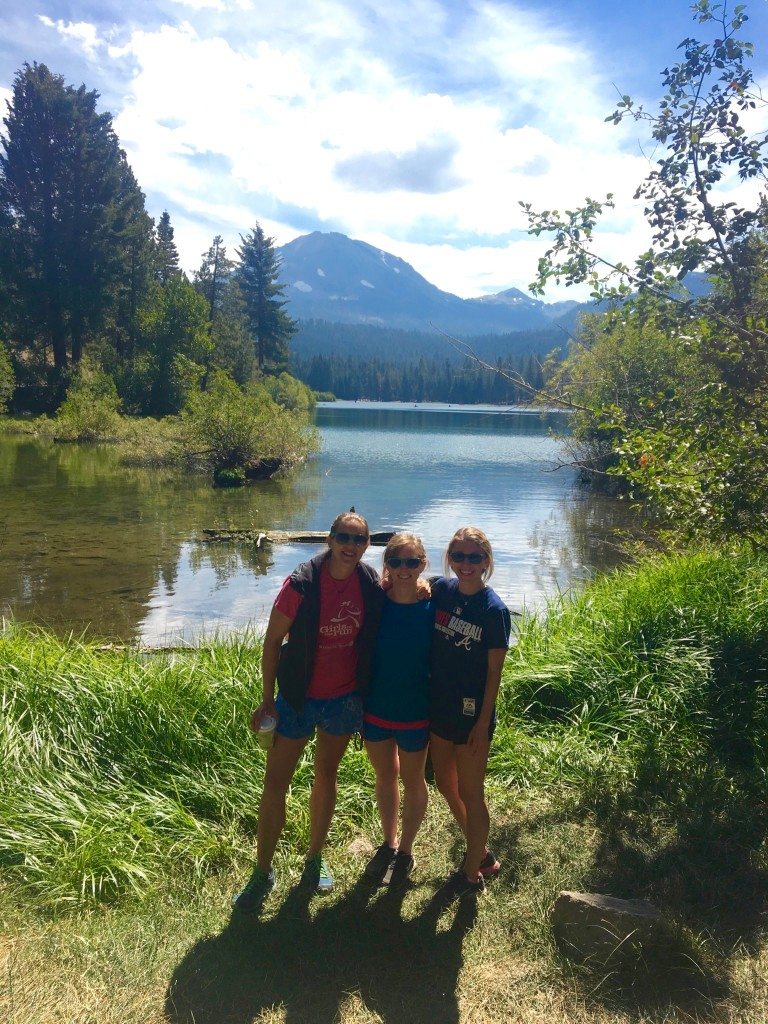 The next day, we hiked (or easily strolled, rather) around the lake before crushing some major volcanic rocks up Cinder Cone and the Fantastic Lava Beds. 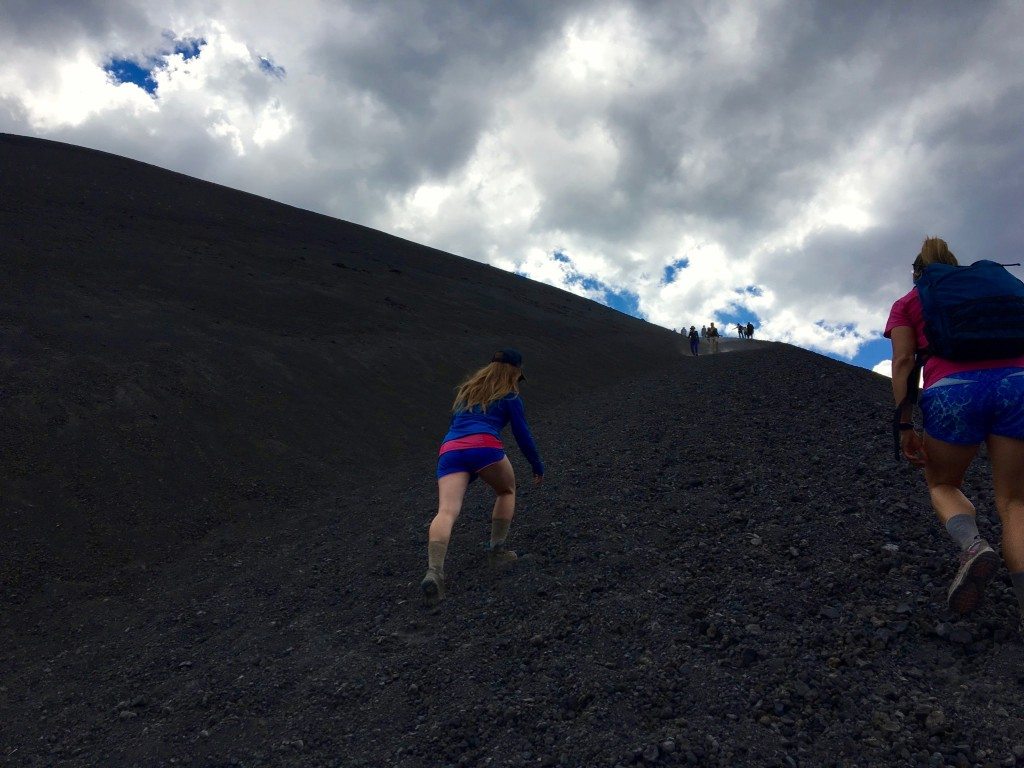 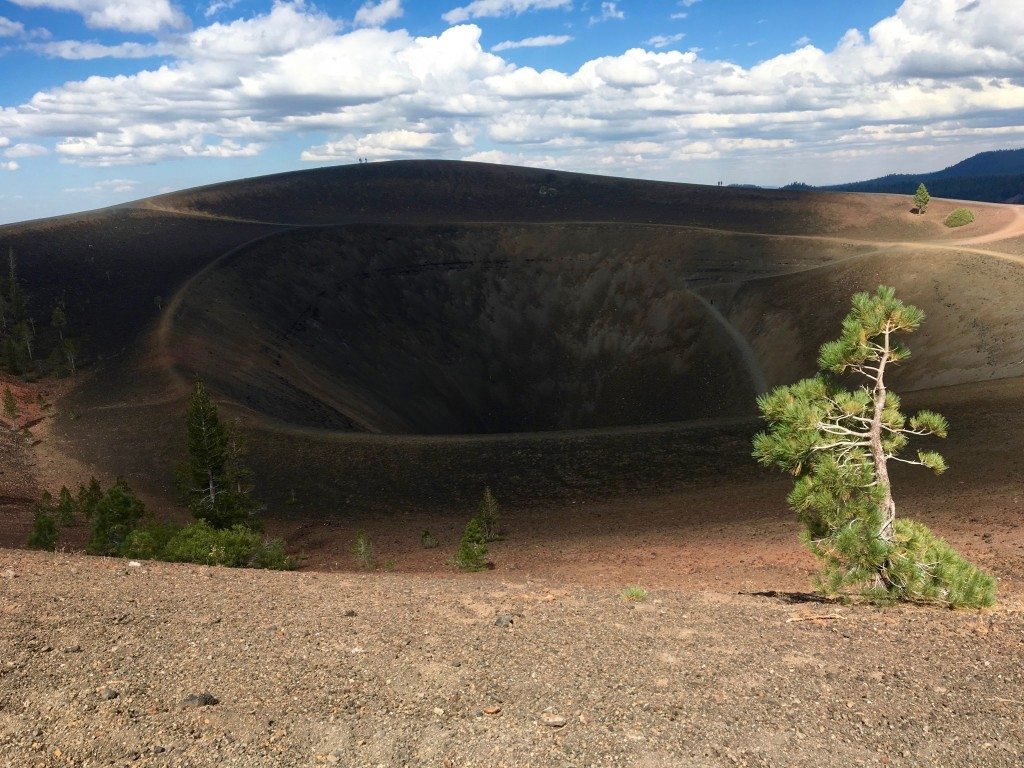 We scrambled (literally 2 steps forward, 1 step back) up 700 feet of loose volcanic rocks to see views of mountains and skies and Butte Lake.

After a straight uphill hike to the top, we shuffled down the bottom of the volcano where Nicole challenged Anica to give me a piggyback out of the volcano. What’s a hike if not for a fun challenge? 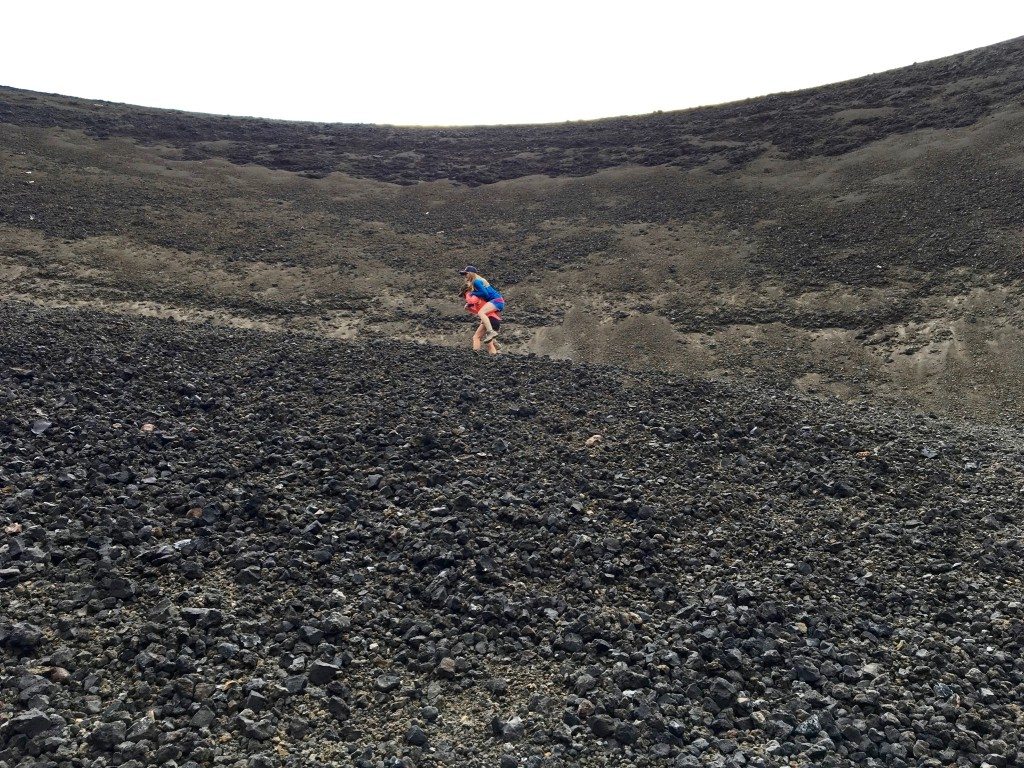 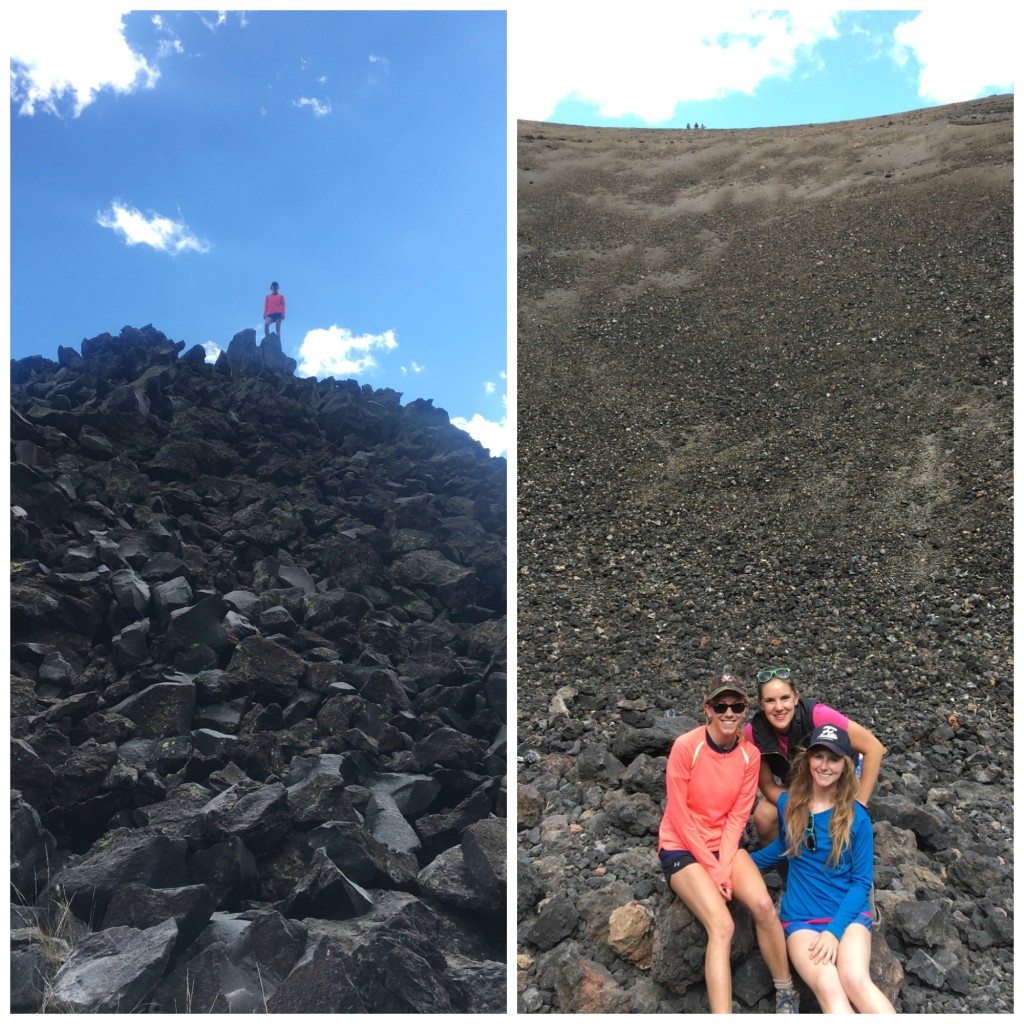 Once we logged almost enough steps for the day, it was time to find the next spot to pitch our tents for night two. 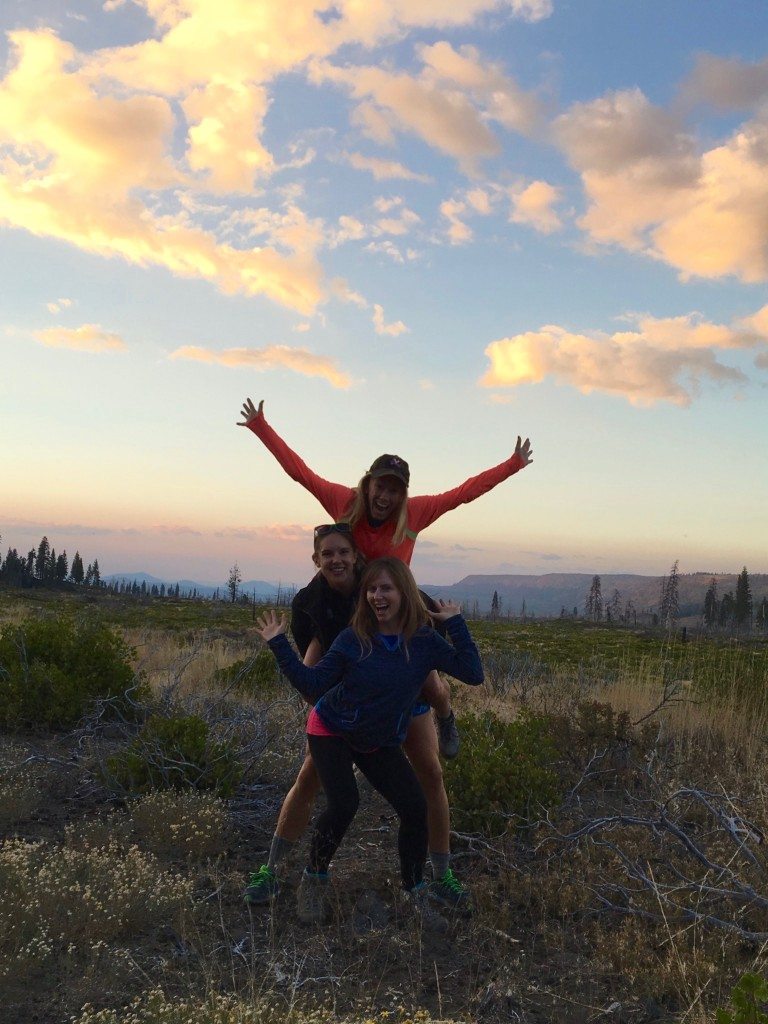 Fans of the organically scenic, spacious life, we opted for a more deserted camp spot outside of the any campground park. 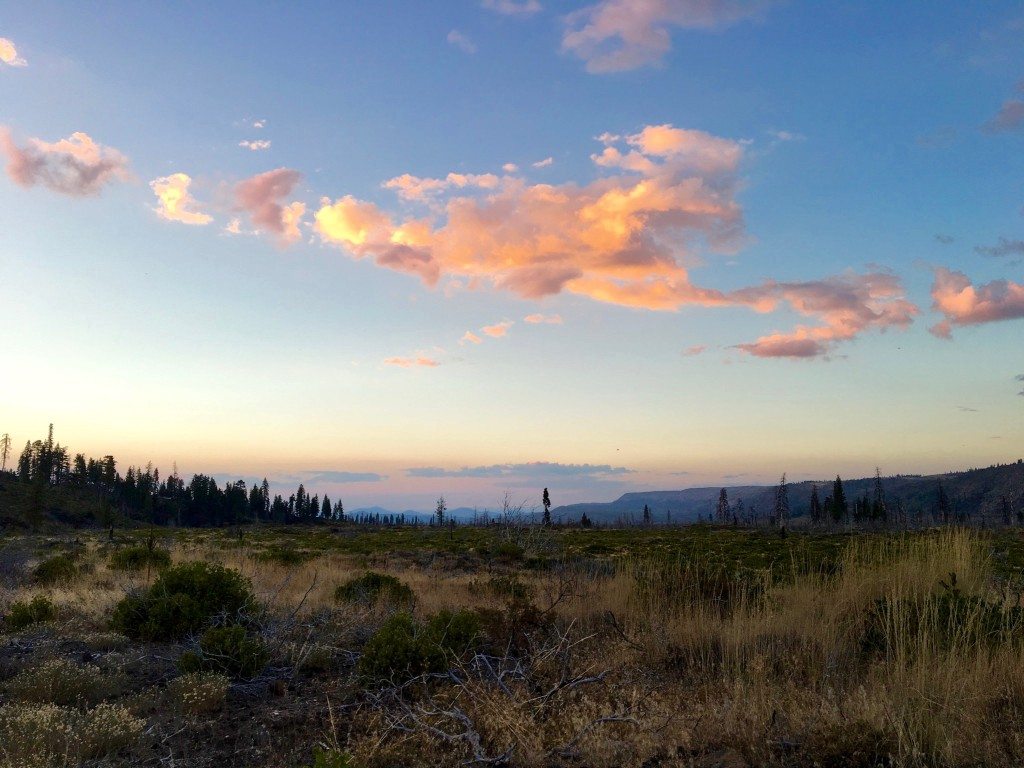 After filling our bellies with delicious dehydrated meals (they’re quite tasty, I swear and double as hand warmers) and hot chocolate with melted Toblerone bars (obviously delicious), we went for a short walk to reach our allotted step goal before calling it a night in the tent. We made our tent into a screened-convertible and got to sleep under the stars. Unlike the city, we could see constellations for days. It wasn’t until early in the morning that we felt some rain and had to make a slight adjustment, but all in all, sleeping under the stars is a winning experience.

It is not in the stars to hold our destiny but in ourselves.
-William Shakespeare

Sunday morning came and we were ready to rock and roll with more adventures. We packed up and drove up to Burney Falls, a 129 foot high “Eighth Wonder of the World.” Naturally, it was pretty crowded, but well worth it. 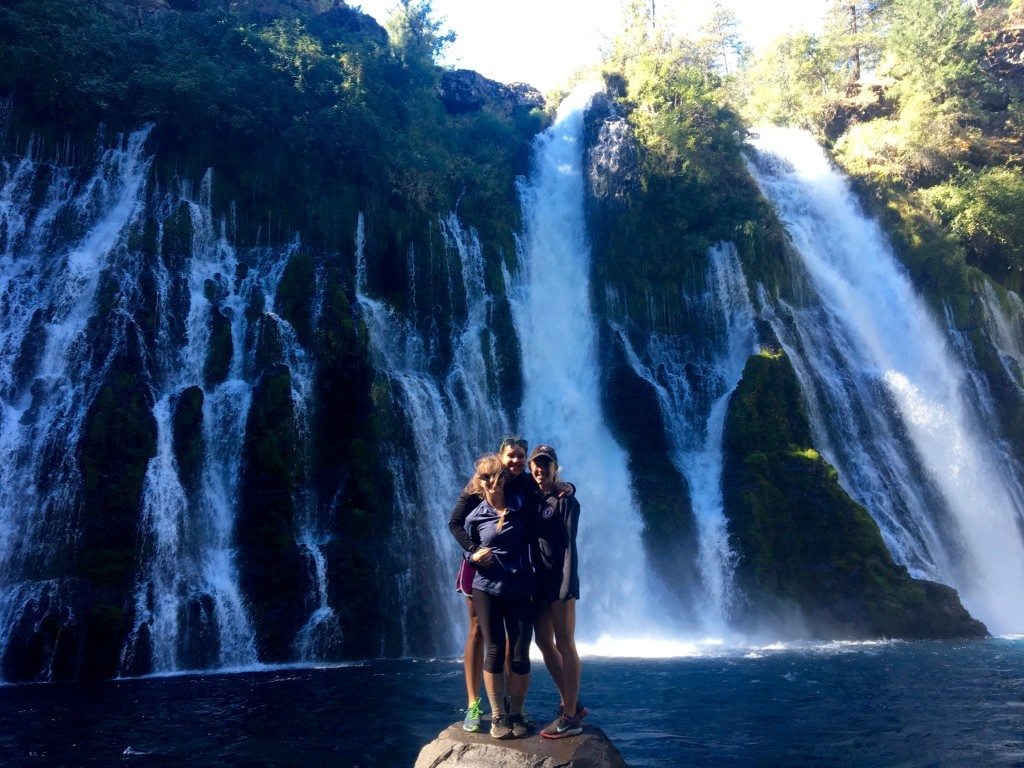 Many precede and many will follow
A young girl’s dream no longer hollow
It takes the shape of a place out west
But what it holds for her, she hasn’t yet guessed
-Dixie Chicks 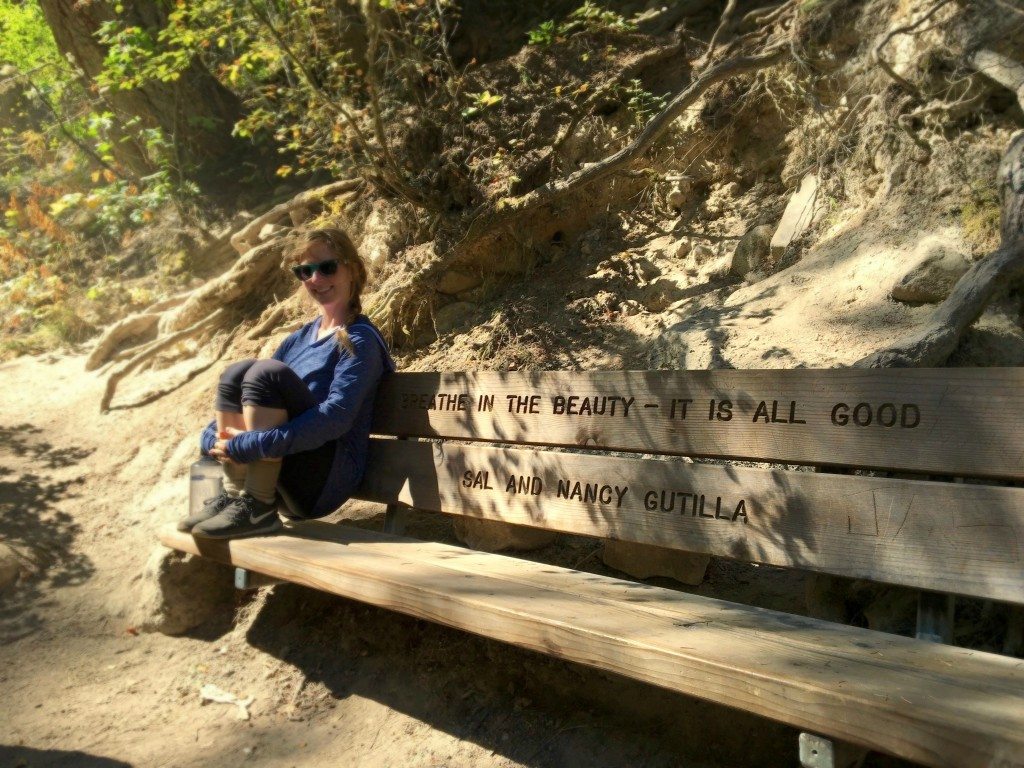 After the Falls, we went to Bump Ass, I mean Bumpass Hell to see sulfur and hot bubbly light blue water. Bumpass Hell is stuffed with 16-acres of hot springs, fumaroles (an actual opening in Earth’s crust!) and boiling hot mud pots. Bumpass was discovered by Kendall Vanhook Bumpass whose leg was amputated from those crazy hot mud pots after exploring a little too hard. 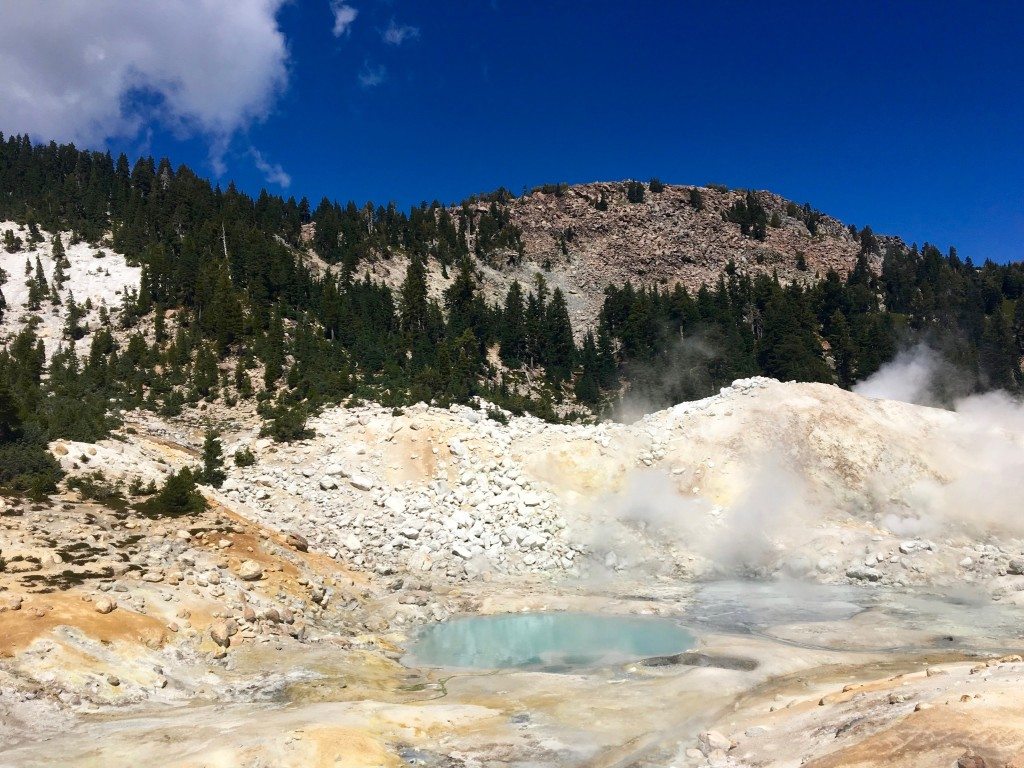 Oh I almost forgot, we stopped to see volcanic ash before Bumpass that spread 200 miles from the volcano at a short half miler called Devastated Area.

Aren’t we just devastatingly adorbs though? 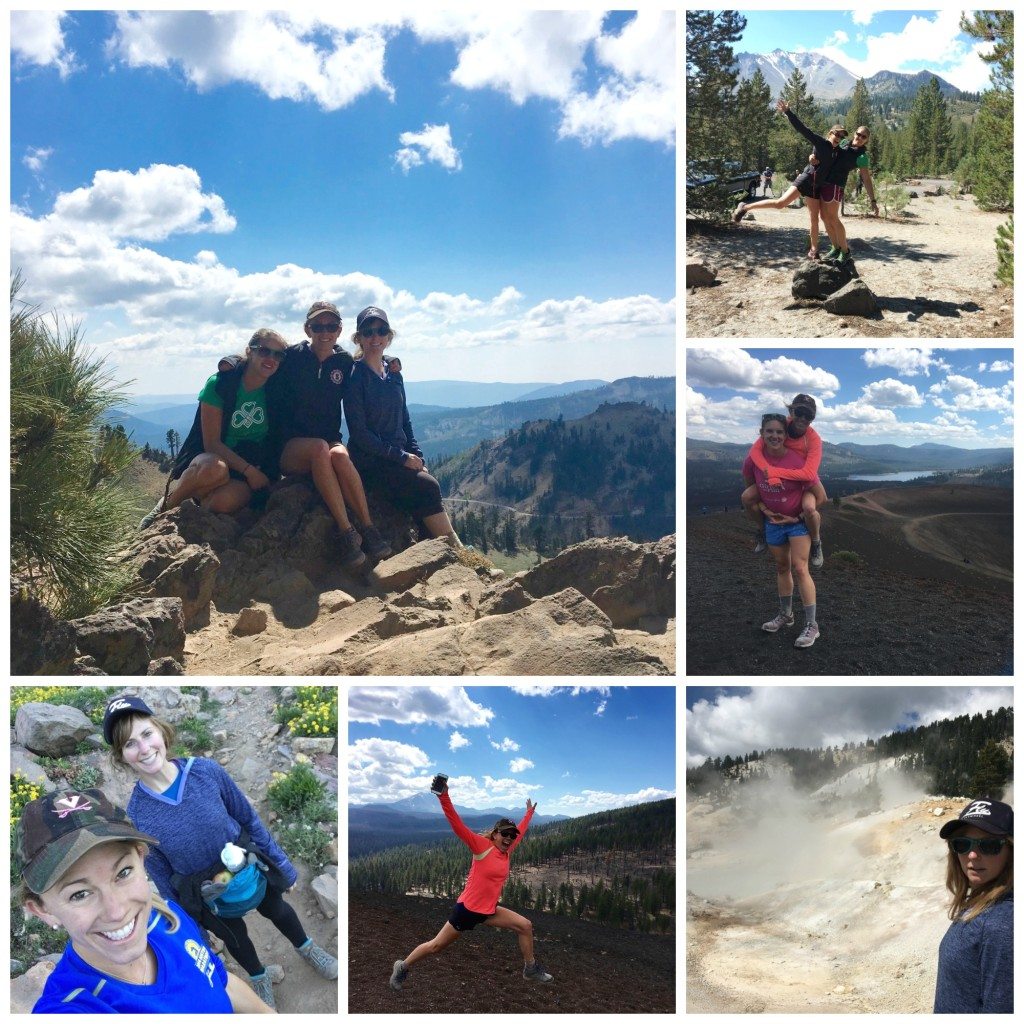 It was like we had flaming hot fires under our butts because it was around 3:00 and we still had energy to hike. We hadn’t picked our nighttime accommodations, so we decided to go for it. A little “buy the ticket, take the ride” if you will. 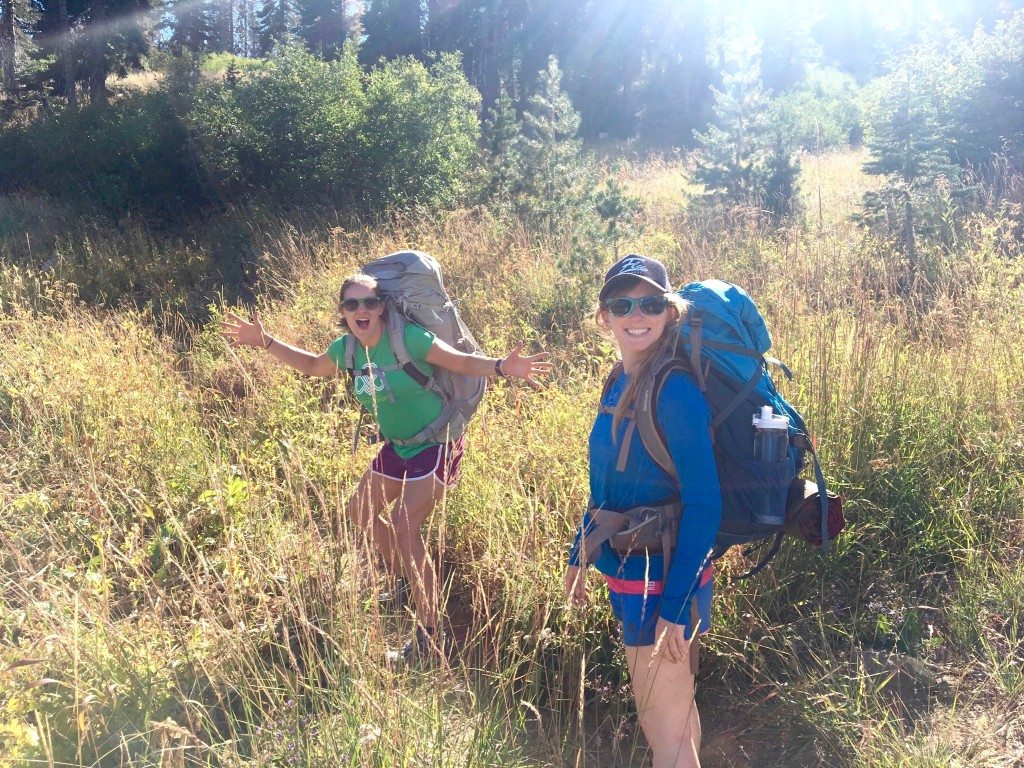 Don’t miss out on something that could be amazing just because it could also be difficult.

The spot? A cool 7.4 mile hike through Brokeoff Mountain, one of Lassen’s toughest climbs with volcanic sand to rocky terrain and a one-half mile elevation gain where snow graces the mountaintop. 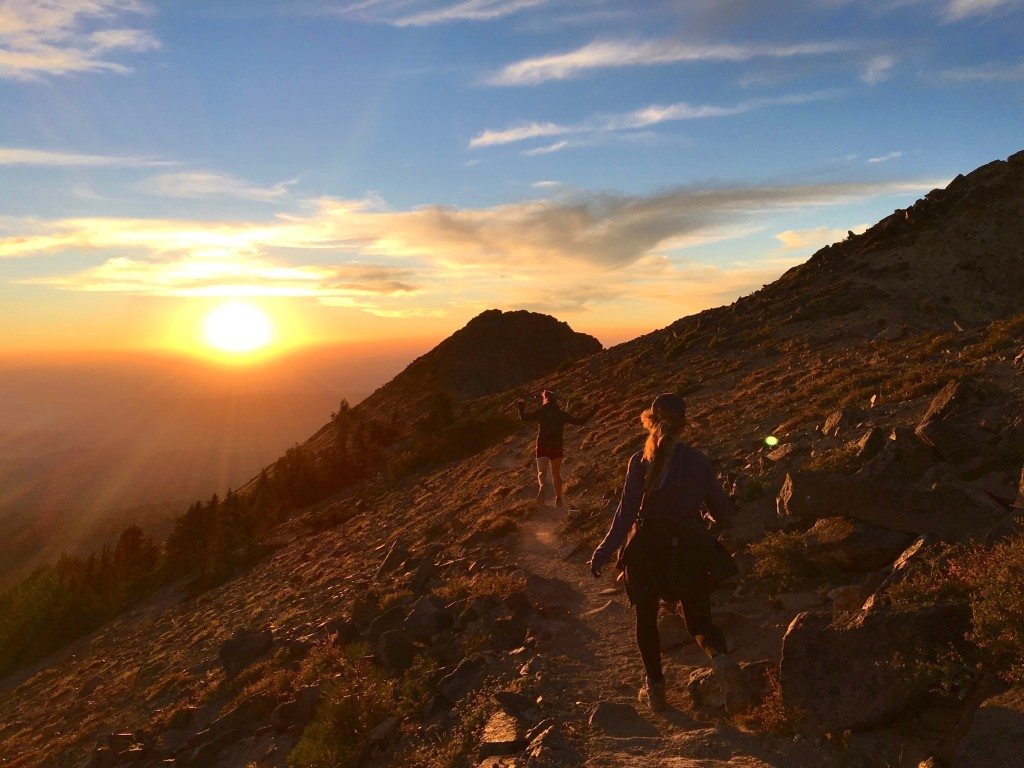 I marched into the visitor center, got us a permit, bear canister, and a few words of encouragement before it was game time. 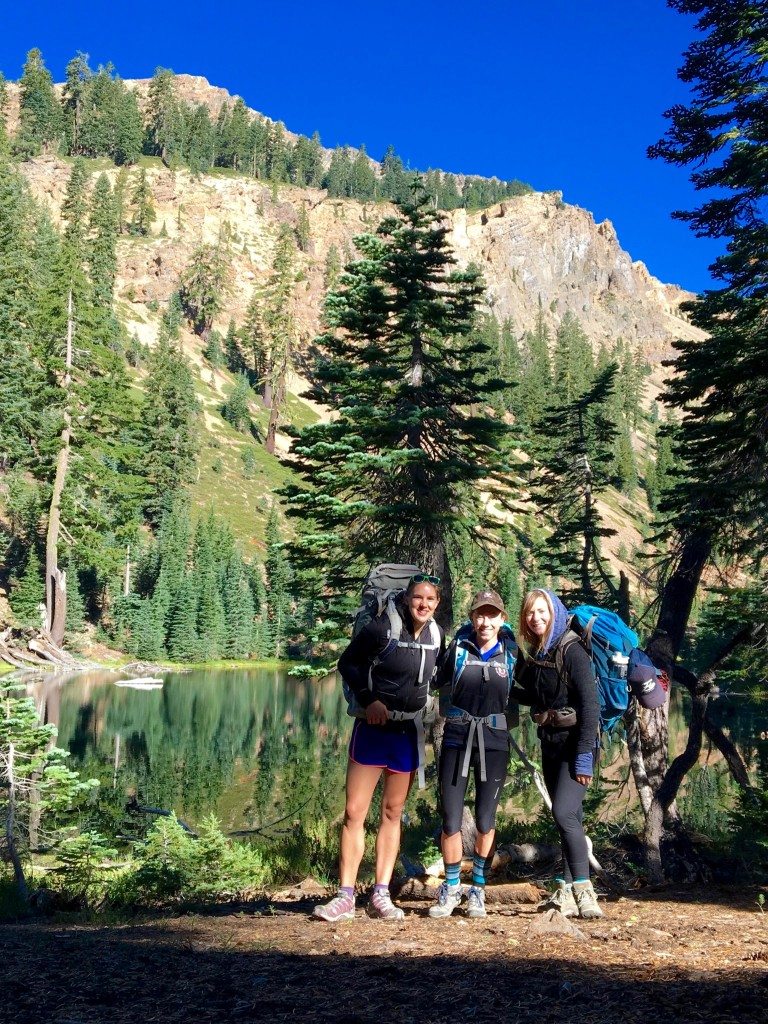 Three girls on fire.
Hope is the only thing stronger than fear.
-Hunger Games

We lost sight of the trail a mile into our hike and I led a trail blaze to find it.

Why they trusted me? Not sure. 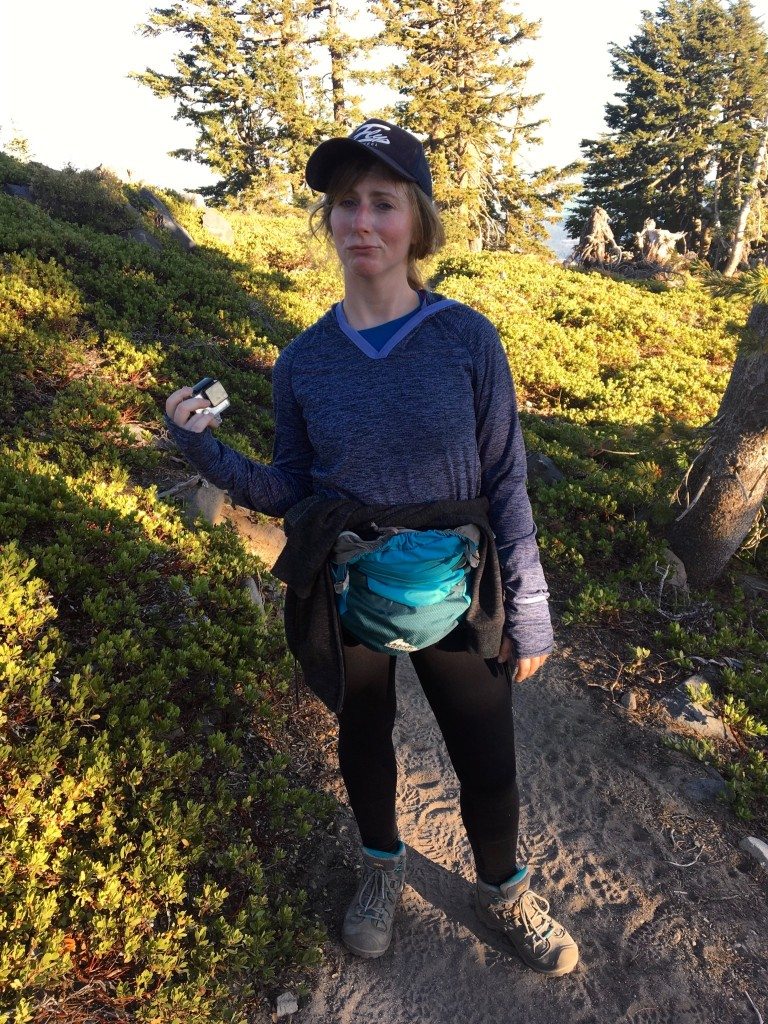 Luckily we neared the lake in time to establish camp. Great spot, or good timing? Or a little both perhaps. 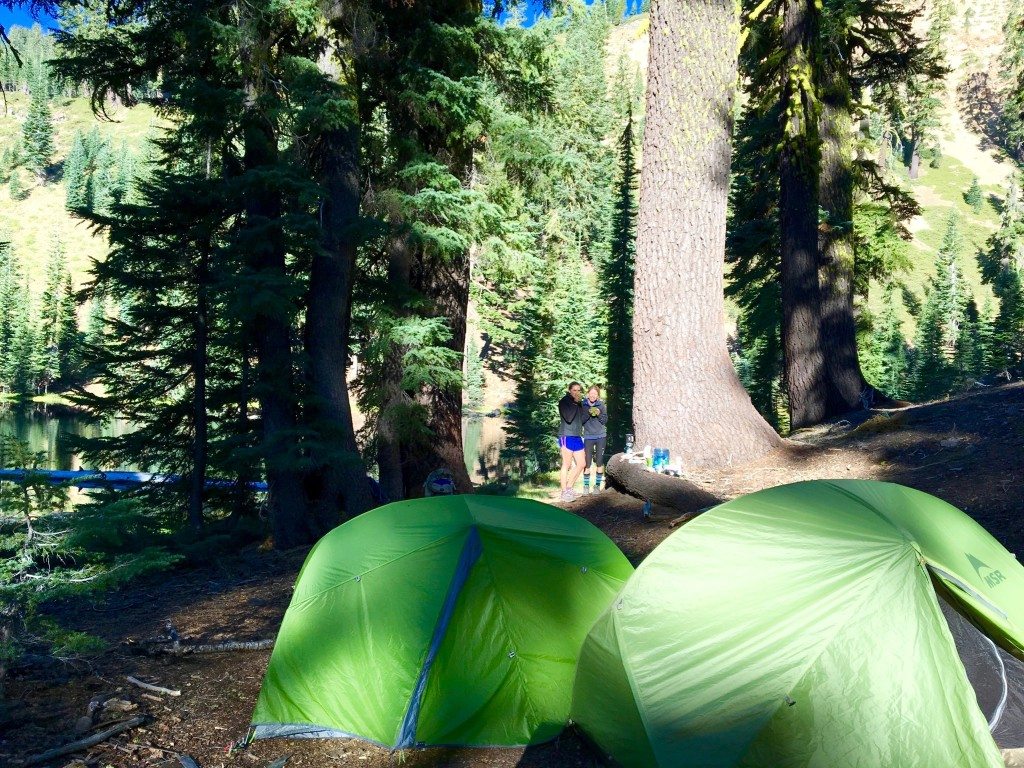 Like a true champ, Nicole slapped a bandaid, downed a few energy chews and we were ready to hike up that mountain. #prostatus

It takes ten times as long to put yourself back together as it does to fall apart.
-Finnick Odair, Hunger Games

Hike, we did. And just in time for sunset. 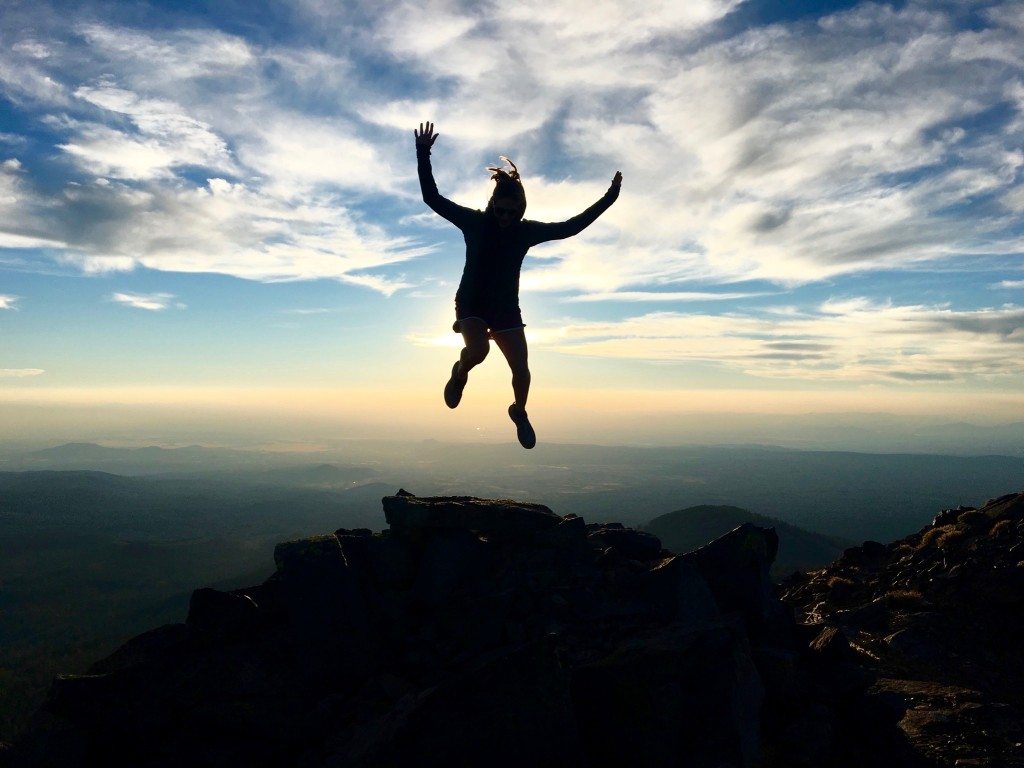 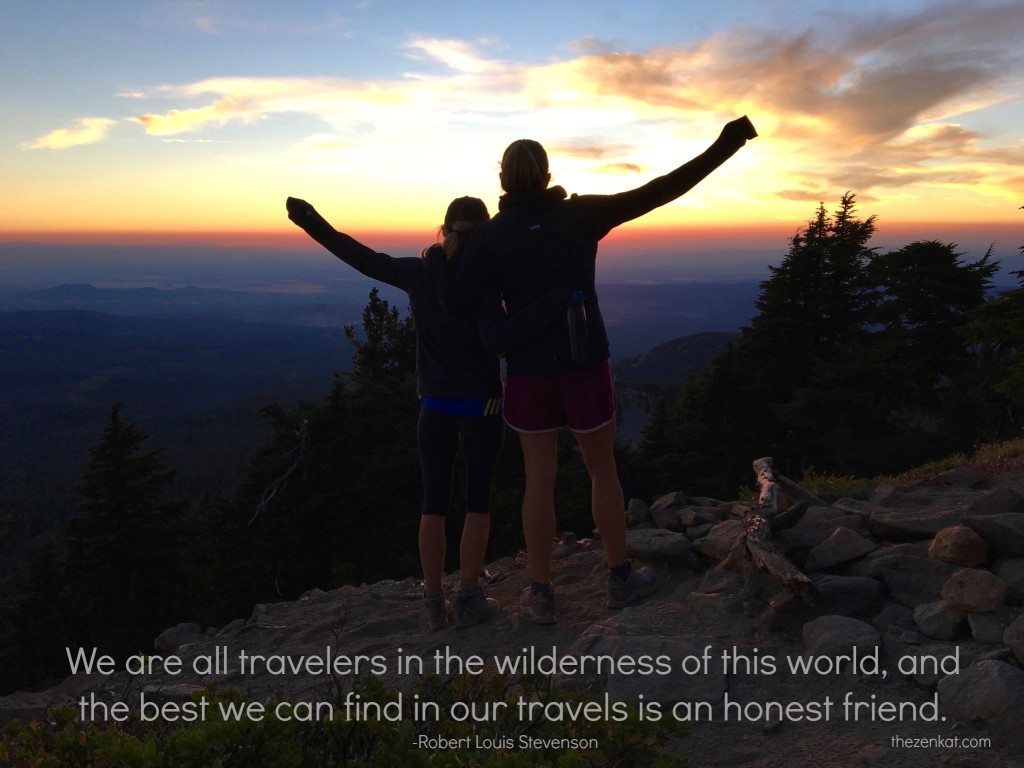 We were the only ones up there besides “4 boys.” We hiked up one peak, saw the other one and made a mad dash through the rocks and all to conquer the all the peaks. We could see Mount Shasta magically emerging in the distance from the horizon.

Wilderness it not a luxury but a necessity of the human spirit.
-Edward Abbey

Man was it cold, but we were feeling pretty hot to say the least. 😉 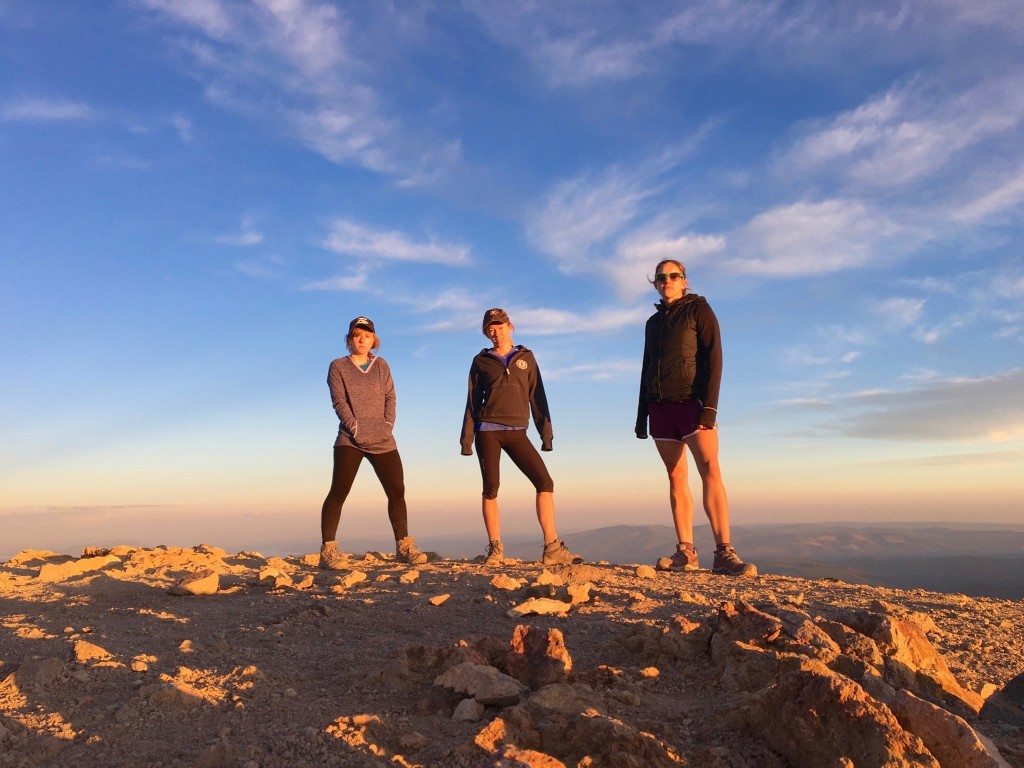 After we collected enough memories in images, we trudged back down the mountain, spastically utilizing our headlamps after a while. Cold, tired and slightly lost, we finally made it back to our campsite, feeling like sleepy children excited for presents on Christmas morning. Except these presents were the bare essentials: food and warmth. Joyful joyful, food we adore thee…

Sky colors are unreal. What do these sky colors represent exactly?

Whatever it is, it makes you feel like a tiny little person. Silly little human, your worries are barely distinguishable among the big huge world. 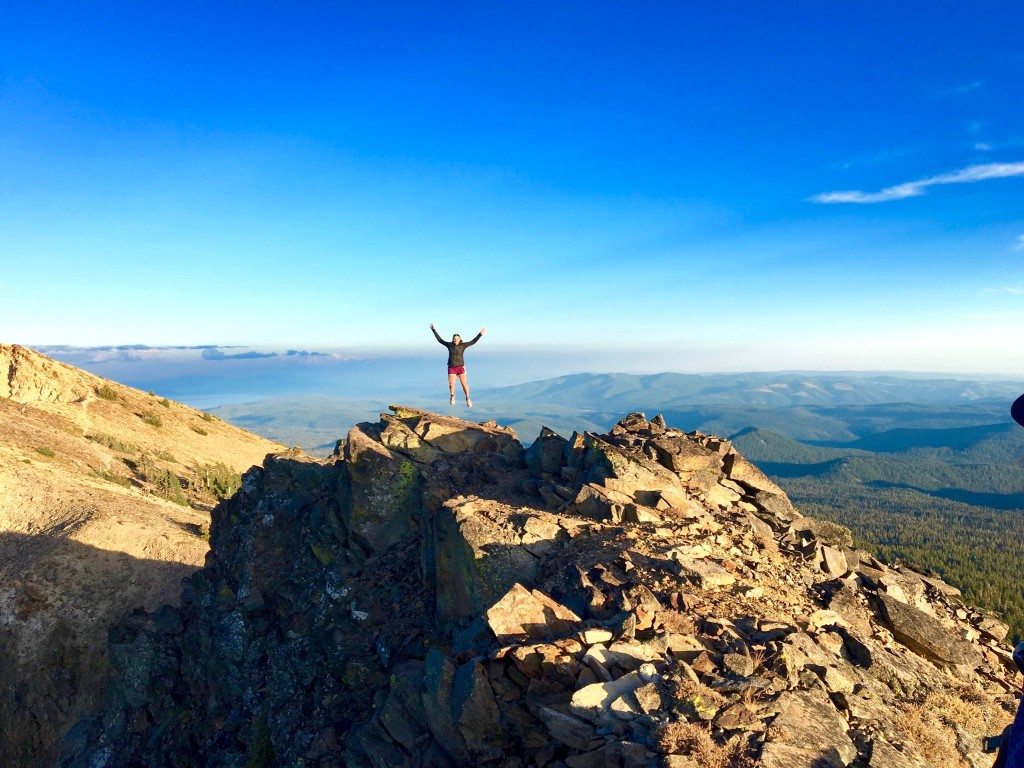 We see things not as they are, but as we are.
-Kant

Over 25 miles hiked and 3 days sans showers and beds. Would you believe we woke up Tuesday morning ready to conquer the world back at our jobs?

Thanks nature, ya beaut you. 🙂 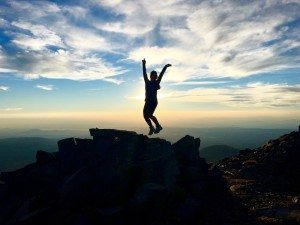 The best views come after the hardest climb.