My Own Gold Rush

Several months ago, I decided to audition for the 49er’s Gold Rush cheering squad.

The first step? Sign up for dance classes and lots of them to prepare for the April 3rd audition.

I hit the ground running. I’m talking weekend workshops and private lessons. I did research. I watched what I ate. I danced. I groomed. I grooved. I upped my cardio and decreased all things evil. I did it all.

Contrary to popular belief, there is no height or weight requirement. Anyone can audition. A dance background certainly helps as they teach you about six 8 counts of a routine in an hour for you to perform before a panel of judges.

The dance style is super fun. A take on jazz, pom and hip hop all tied up in a flirty bow.

I grabbed a last minute 2-piece-required outfit and fudged my confidence forward. 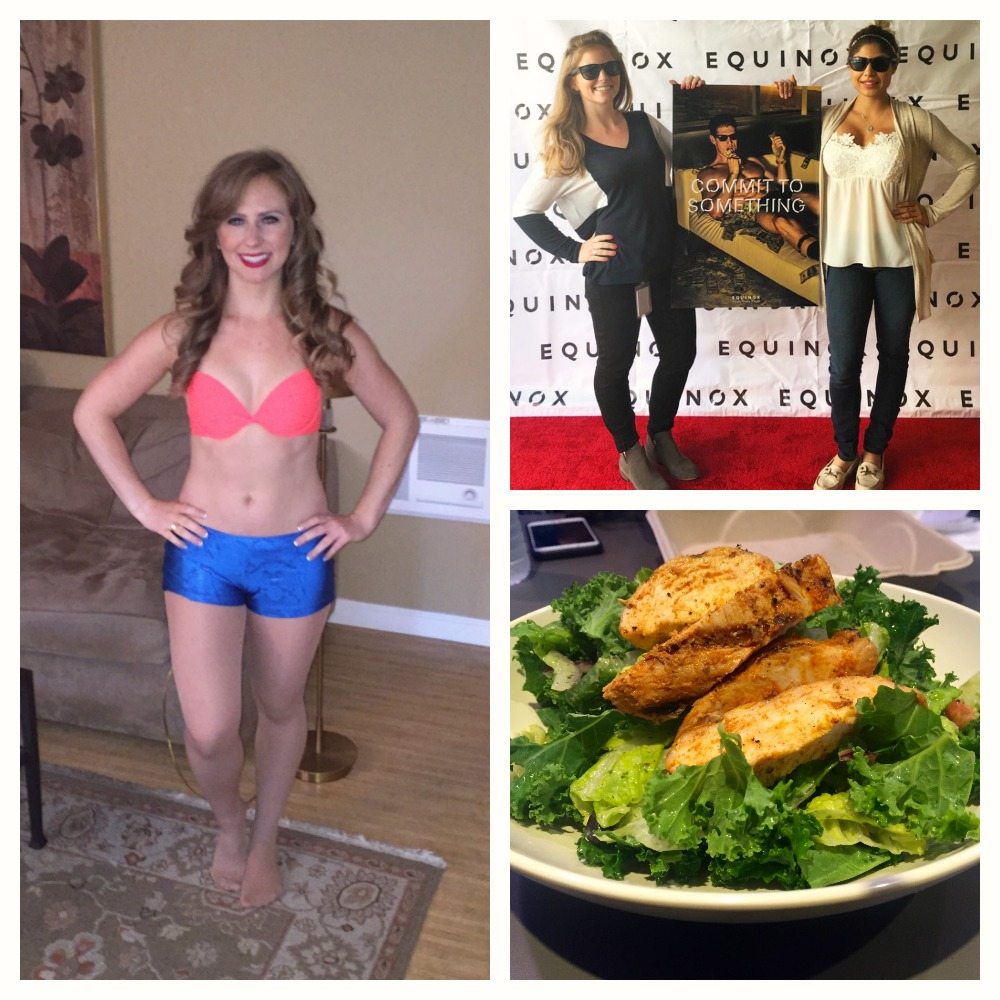 I got a good night sleep, waking up extra early to get ready with beauty tricks, extra stretching and a big bowl of peanut butter oats before heading to the audition.

The day had finally arrived! Something was missing though. You know that feeling where you try and try, but you just don’t feel it? You know, like when you want something, but you can’t actually see it happening? Well that’s kind of how I felt when I arrived at the audition. Maybe it had something to do with my tryout number of 45- hardly a lucky number for me. 😉

Even still, I pushed those thoughts to the side and got on with the audition. It was time to sign in and show those judges my sparkle. 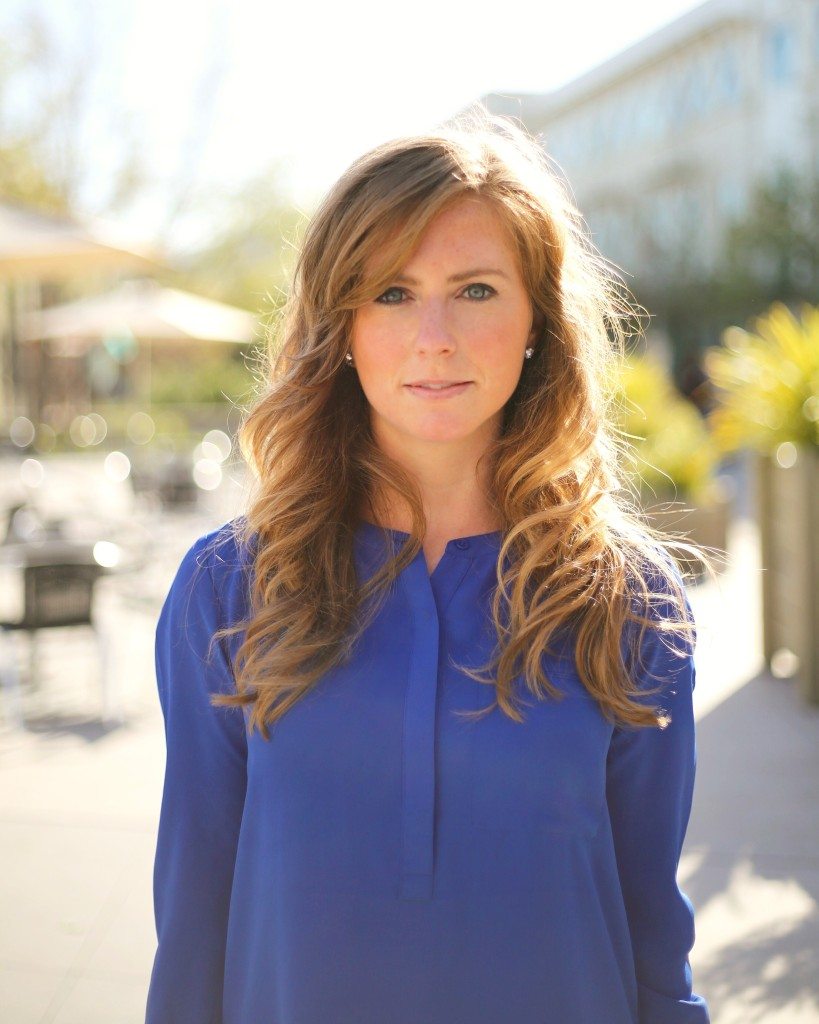 After we learned the choreography for an hour, we were given time to freshen up before the performance. Oddly enough, I wasn’t nervous, but more excited and determined. They called audition numbers 1-72 to the dance floor where 3 girls would perform at a time. Kind of crazy having all of those eyes on you, right? (Crazy more, only 1/3rd of the girls who signed up actually showed up for auditions.)

I don’t really remember how I did. I just remember having a blast out there. After I performed, I practiced the routine over and over to prepare for the next round of audition cuts.

Once all the hundreds of numbers finished, we got called back and they read the numbers of those continuing to the next round. 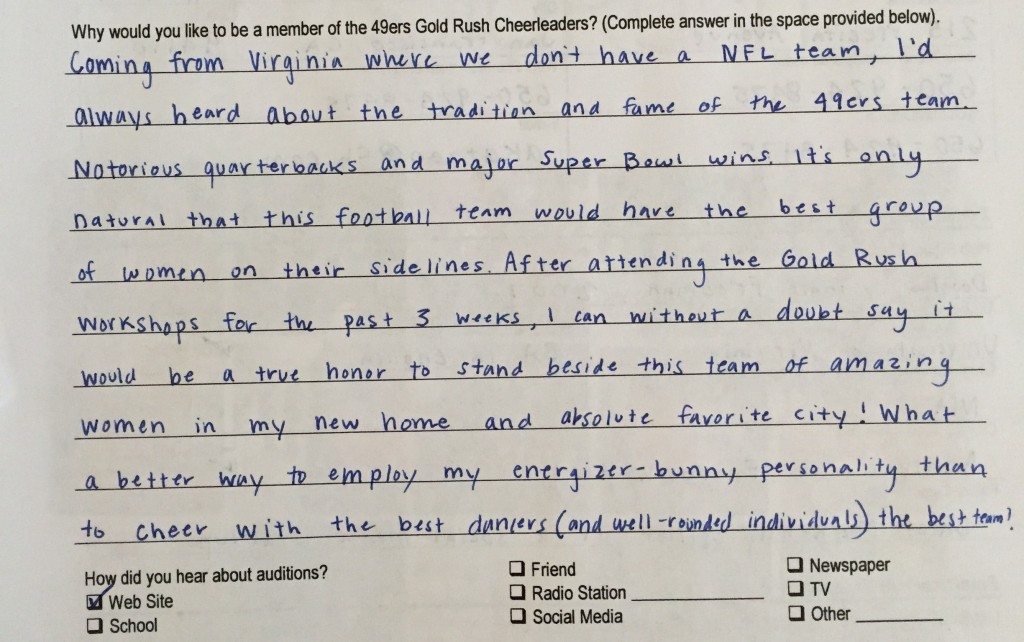 Confusion rushed to my brain. Did they forget to call me? Realization shocked my cortex. I felt disappointment caressed with embarrassment.

Sheesh all those months and just like that, I didn’t make it.

And what’s worse- getting cut after round 1! Yikes. All of those months slaving away in the studio, practicing, preparing, going for it…

Cue my good friend Brian Chen’s solid statement, “you see people’s successes, not failures.” No one really talks about the flops. 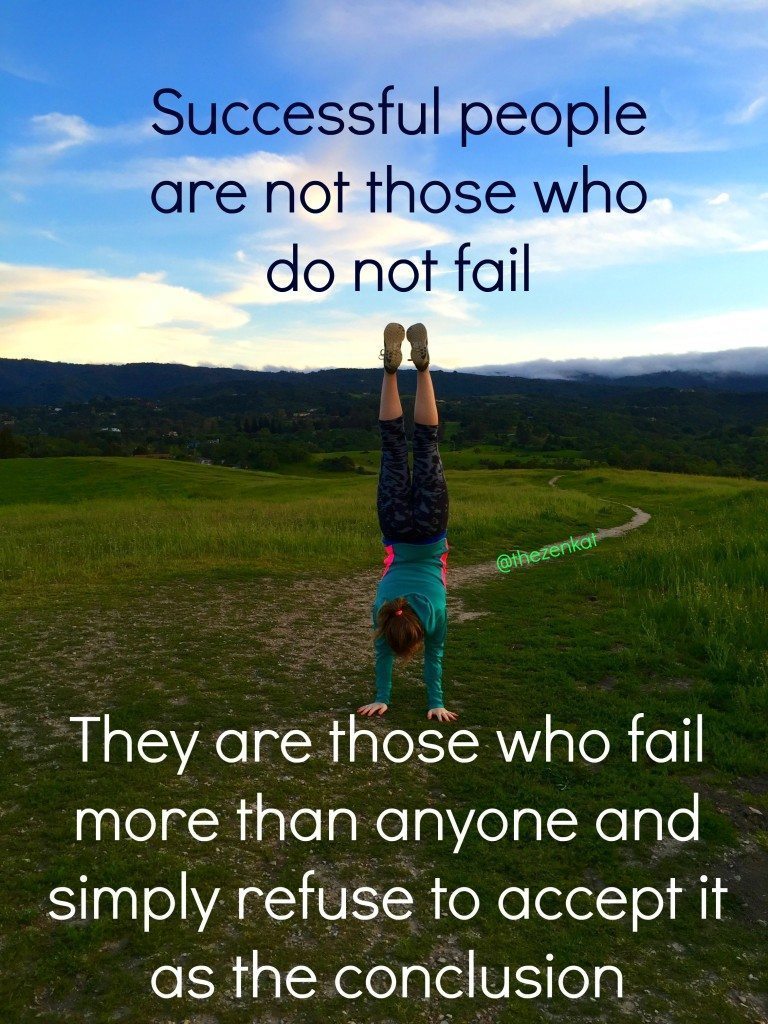 I’m a firm believer in the what’s meant to be will happen. And if something doesn’t happen, it was for the best. I choose that mindset to avoid wasting time regretting, wishing and wondering what could have been. 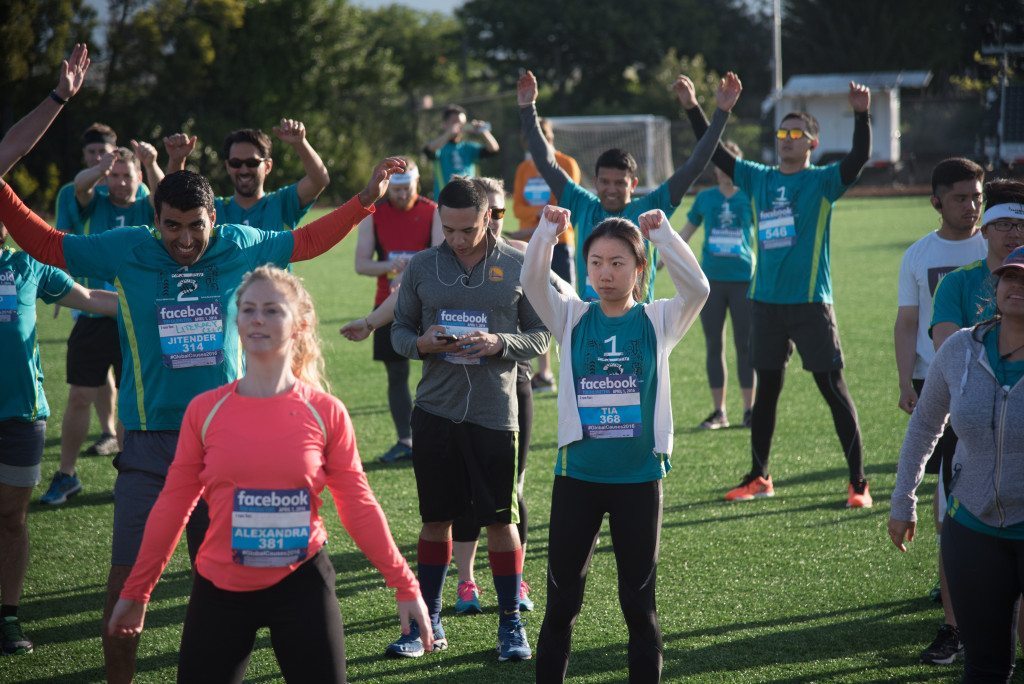 Dance will always be a passion of mine, as it provides a healthy, creative escape.

When something doesn’t work out, challenge yourself to locate the positives. For me, I got in stellar shape and said sayonora to my Facebook 15! The list of pluses is actually quite long: improving as a dancer, meeting new friends, and best of all, having fun. And who knows, this experience might help me for my next audition! 😉

Don’t give up. Great things take time. You only fail when you stop trying.

As Young Jeezy would say, this is the life of a go getter my friends. Choose it for you. 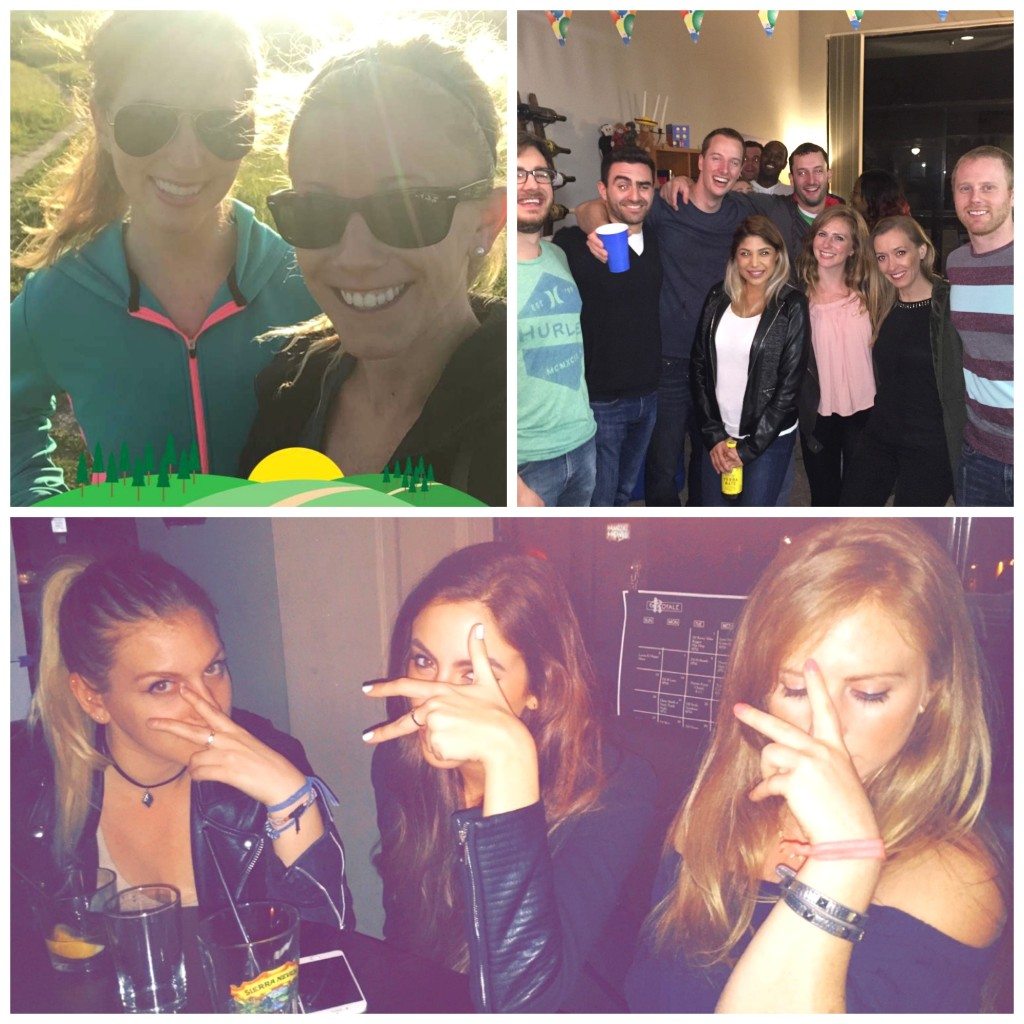 Trust that when the answer is no, there’s a better yes down the road. 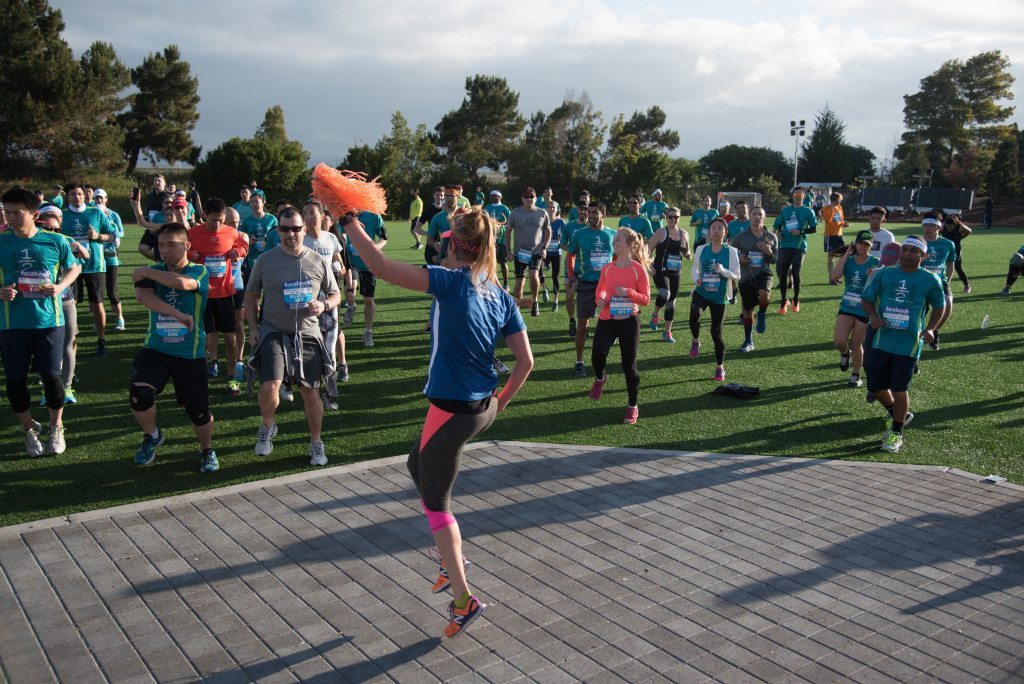 Do Hold Your Breath Yoga Romping